These accomplished students rose to the top of a field of approximately 400 students who were invited to submit essays and information for the awards. The group was narrowed down to 15 finalists before selection of the three winners. 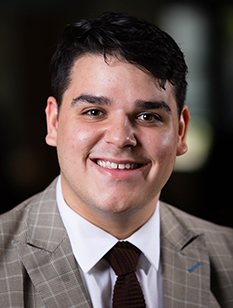 Jacob Mohammad was honored as the Governor Robert W. Scott Student Leadership Award nominee. Mohammad, a nursing student at Rowan-Cabarrus, works at a local hospital and also volunteers and holds leadership positions in a variety of campus organizations, clubs and extracurricular activities.

“I was diagnosed with leukemia when I was two years old, causing most of my early life to be spent in a hospital. I know firsthand the difference compassionate nurses can make, and I can’t wait to do that for other people,” Mohammad said. “I came here with a dream, and I am not going to stop chasing it.”

Robert W. Scott served as N.C. State Governor from 1969-1973 and as president of the North Carolina Community College System from 1983-1995. This award is bestowed on students who demonstrate extraordinary leadership qualities. 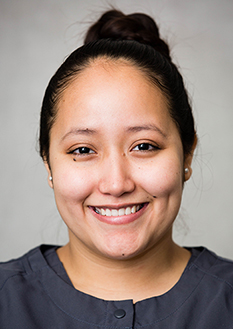 Susana Saucedo Mata was honored as the Dallas Herring Achievement Award nominee. Saucedo Mata, a dental assisting student at Rowan-Cabarrus, will be the first in her family to graduate college. She also completed the Rowan-Cabarrus Early College program.

“I came to America when I was only a year old with parents who did not speak English. I had to overcome language barriers and learn the limitations of being a DACA student,” said Saucedo Mata. “Still, I am grateful that my family is here. I am on the way to fulfilling my goal of working in health care, and I will keep fighting until I get where I want to be.”

Dr. Herring, a North Carolina native, is recognized as the philosophical godfather of the state’s community college system. He believed that education should be available to all and that community colleges should “take people from where they are, to as far as they can go.” 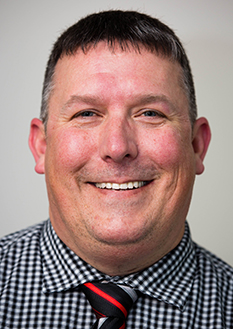 “I was never expected to go to college, nor did anyone in my life ever attempt to prepare me for it. I always wanted to earn a degree, and I am proof that it’s never too late to start again,” said Stover, a 44-year-old single father who works full-time. “Although I have to squeeze more into each day than sometimes seems possible, I wouldn’t have it any other way.”

The Academic Excellence Award recognizes the academic achievement, leadership and community service of a student from each of the 58 institutions in the North Carolina Community College System.

“We are incredibly proud of each of these remarkable students and their focus and diligence as they work toward their degrees and goals,” said Carol S. Spalding, president of Rowan-Cabarrus. “These are among our best and brightest, and they represent our mission, vision and values well.”

Mohammad, Saucedo Mata and Stover will be recognized within the North Carolina Community College System, which includes 58 institutions across the state.